Everyone in a family is affected when someone dies. Dealing with the death of someone close is hard at any age. Children and teenagers grieve for the loss too, though they often express it differently.

It’s hard to watch a child struggle with the pain of loss, especially when you are grieving yourself. We often just long to make it better for them. But while we can’t fix grief, or protect children from it, there are things you can do to make a difference; things that help them feel supported and understood, and that help them to develop the skills they need to cope with what’s happened. 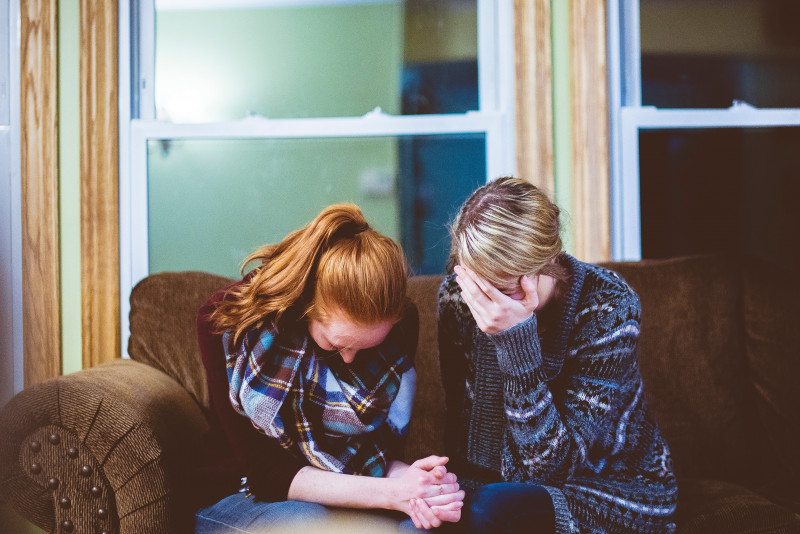 Encourage children to be involved in the arrangements for the funeral, and in the service itself, even if just in a small way. Children and teenagers can feel very isolated when someone dies. Being involved helps make them feel they are sharing their grief with others in the family, and that they have a contribution to make. When they understand what is happening, children are able to cope with a funeral and take comfort from it, just as adults do.

Talking about the loss

Death is something many adults find hard to talk about, especially to children, but children need us to explain what is going on. They can easily get things wrong, and be frightened about things they don’t understand. Tell them what has happened and what is planned, in words that are clear, simple and truthful.

Don’t be afraid to use words like “died” or “dead” because terms like “gone to Heaven” and “gone to sleep” are confusing and often frightening for them. Be prepared to repeat yourself often – younger children especially often need to hear the story again and again.

Spending time with the person who has died (read more)

Spending time with someone who has died is as important and useful for children as it is for adults. In many cultures children commonly play around the open casket when someone dies, and feel much more comfortable about death as a result.

Younger children are usually very accepting and curious about a person who has died. Seeing them helps them understand death better; to realise that death is final, and that someone who has died doesn’t feel things as living people do.

How to prepare children to be around someone who has died

Children and teenagers are often more uncomfortable with being with a person who has died if the adults around them are uneasy with it. If it’s new for you to see someone when they have died, it’s often best you do so first, and then take your children when you feel ready.

It’s very important that they are well prepared, know what they will see, and what is expected of them. You can explain that being dead means a person’s body doesn’t work anymore, so the blood isn’t circulating and their body won’t feel warm as a living person’s body does. Give them time to get used to things, and don’t force them to do things like kissing the person if they don’t feel comfortable to do so.

Children often like to draw a picture or write a letter or poem to put into the casket when they spend time with someone who has died, and this can often help them understand.

It can be hard to answer children’s questions about difficult things. Even many adults still feel uncomfortable about burial and cremation. The important thing for children to understand is that a body that has died doesn’t work and doesn’t feel things that happen to it, so the person who has died will not be hurt or frightened when they are buried or cremated.

Encourage them to ask you questions about things that puzzle or worry them. Try to answer their questions as directly as you can, and if you don’t know the answers, ask your funeral director to help you explain things.

Children are affected by a death in the family even if they are too young to understand or weren’t close to the person who died. They may not show their grief by talking about it but will often show it in their behaviour. They may be demanding, irritable, or clingy, withdrawn or quiet. They will often go back to younger ways of behaving for a while.

A time of loss can be especially difficult for a teenager who likes to be independent and grown up, but also longs to be protected and comforted as a younger child might be. The death of someone close often means they think more deeply about the meaning of life and death.

Being involved in planning for the funeral helps them. Encourage them to make their own contribution – suggesting music or reading something meaningful for them.

How else can you help?

Children and teenagers learn how to deal with loss by watching the adults around them. Try to talk about how you are feeling and the ways you cope with loss.

Encourage children to play; being active and acting out feelings are important ways for them to come to terms with what has happened.

Remembering the person who has died is important too. Making a photo album together and sharing memories is really helpful for children. Don’t forget to give them something special that they can keep: a photograph or small piece of clothing perhaps.

Care for yourself as well

A time of intense grief is difficult for everyone, and it takes time to learn to live with a loss. Loving support and reassurance are important in helping children. Feeling stronger yourself is one of the best ways you can support the children and teenagers you care for. Try to work out the things that help for you, and spend time with the people who support you.